We are excited to announce that the winner of Robson Redux Design-Build for 2015, as selected by a blind jury review, is “Porch Parade”! The installation is an ad hoc arrangement of front porches in vibrant colours. The project is the creation of Chicago-based architectural design company Design With, made up of architects Stewart Hicks and Allison Newmeyer. The design features a collection of porches that appear abstract at first, but when full of visitors, becomes a lively and familiar atmosphere for downtown Vancouver. As of July 1, everyone in Vancouver can enjoy the simple delight of people watching and connecting from a porch down on 800 Robson Street. 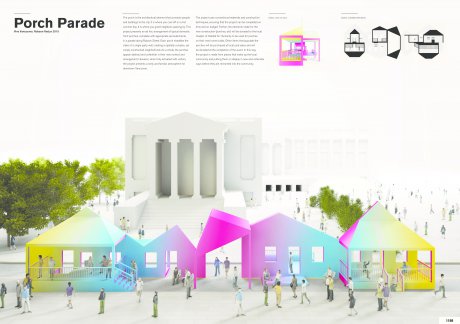 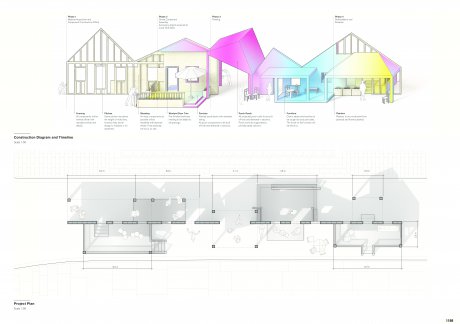 Robson Redux also has a People’s Choice Winner, which is selected by casting votes online or in person at the Museum of Vancouver. This year’s winner is “#icu” an installation that aims to be a catalyst for connection. Inspired by a periscope, #icu invites people to peer through windows in the installation to meet strangers, see a friend, or watch a scene. 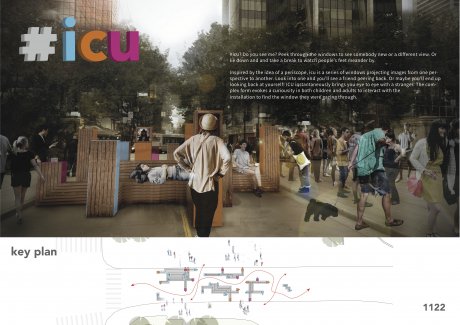 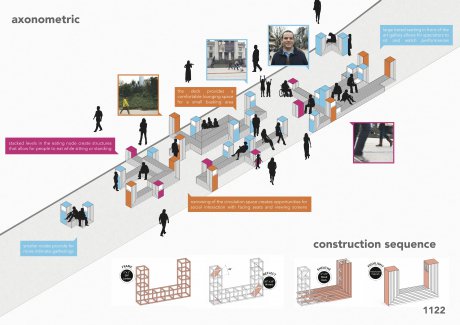 “Robson Reclaimed” reuses and reclaims local household objects by placing them out of context. People can glimpse into the interior lives in an exterior context. 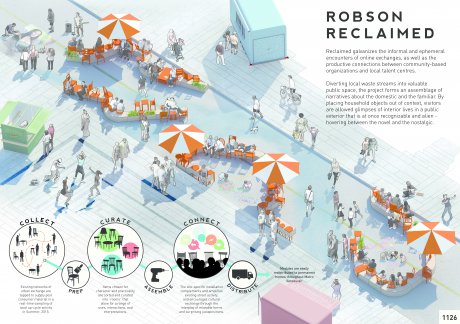 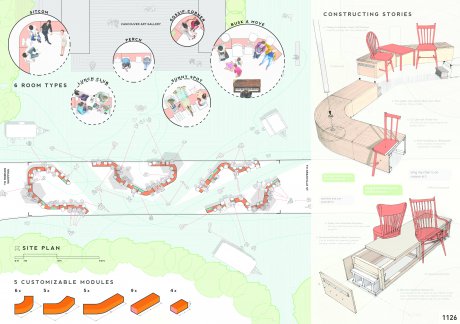 “Greenest Block” transforms the block with paint to link the existing space together. The project encourages the public to question the differences between civic space and park space. 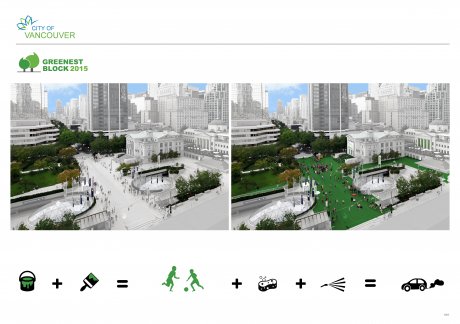 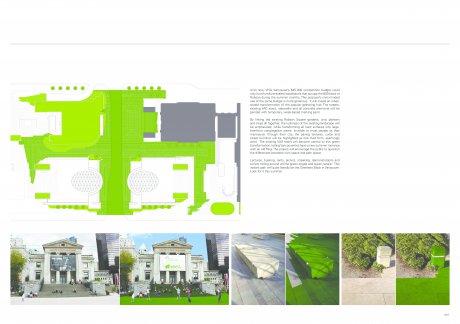